No excuse for Synod Fathers’ ignorance of Church teaching 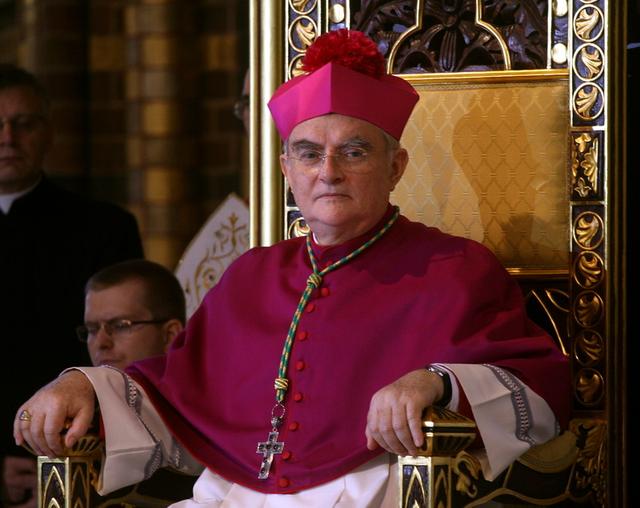 It is reported that Archbishop Henryk Hoser, one of the Polish bishops attending the Synod on the Family, has told the Polish newspaper Niedziela (translation courtesy of Toronto Catholic Witness):

“With regret, I must say that the teaching of St. Pope John Paul II on marriage and the family is not familiar to many Synod Fathers. Unfortunately, at this moment it is a blank mark in the Church’s consciousness. In the text of the Instrumentum Laboris we find very few references to the teaching of the Pope, recalling to us fundamental teachings of the Church on marriage, such as documents like the Apostolic Exhortation “Familiaris Consortio” and the “Letter to Families”. You cannot fruitfully and effectively direct the Synod on the Family without knowledge of even these two texts”

“We have a lot of terms that are contained in the encyclical “Humanae Vitae ” which should appear in the statements of Synod members, but they do not. We have avoidance of the problem of contraception, of which I spoke in the Synod aula. About the scourge of abortion and disrespect for life, not much is spoken. Generally nothing is said of their consequences, not only spiritual and psychological, but biological, that affects the person and consequently the whole of humanity. Nothing is said about the anthropology of Blessed Paul VI and the Church’s teaching on the unity of the human person consisting of spirit, soul and body, but these are organic components of every human being made by God the Creator”.

Voice of the Family shares all of Archbishop Hoser’s observations quoted above. No Synod Father – indeed, no bishop – can have any excuse for being ignorant of Familiaris Consortio or Humanae Vitae. As we pointed out in our blogpost yesterday (“The Church cannot change her language about homosexuality“), the Congregation for the Doctrine of the Faith has directed that:

“It is up to the Bishops to instruct the faithful in the moral teaching concerning sexual morality, however great may be the difficulties in carrying out this work in the face of ideas and practices generally prevailing today. This traditional doctrine must be studied more deeply.”

There is a real danger, as leading Catholic philosopher Dr Joseph Shaw puts it, that “doctrinal amnesia … could encompass the Church’s unchangeable teaching on the indissolubility of marriage”.

We fear, however, that the bigger and deeper problem is not only ignorance or neglect of Magisterial teaching but a wide-ranging heterodoxy among those responsible for the Instrumentum Laboris and for the continuing manipulation of the Synod.