Home » Analysis » Remaining in the Truth of Christ on Holy Matrimony

Remaining in the Truth of Christ on Holy Matrimony 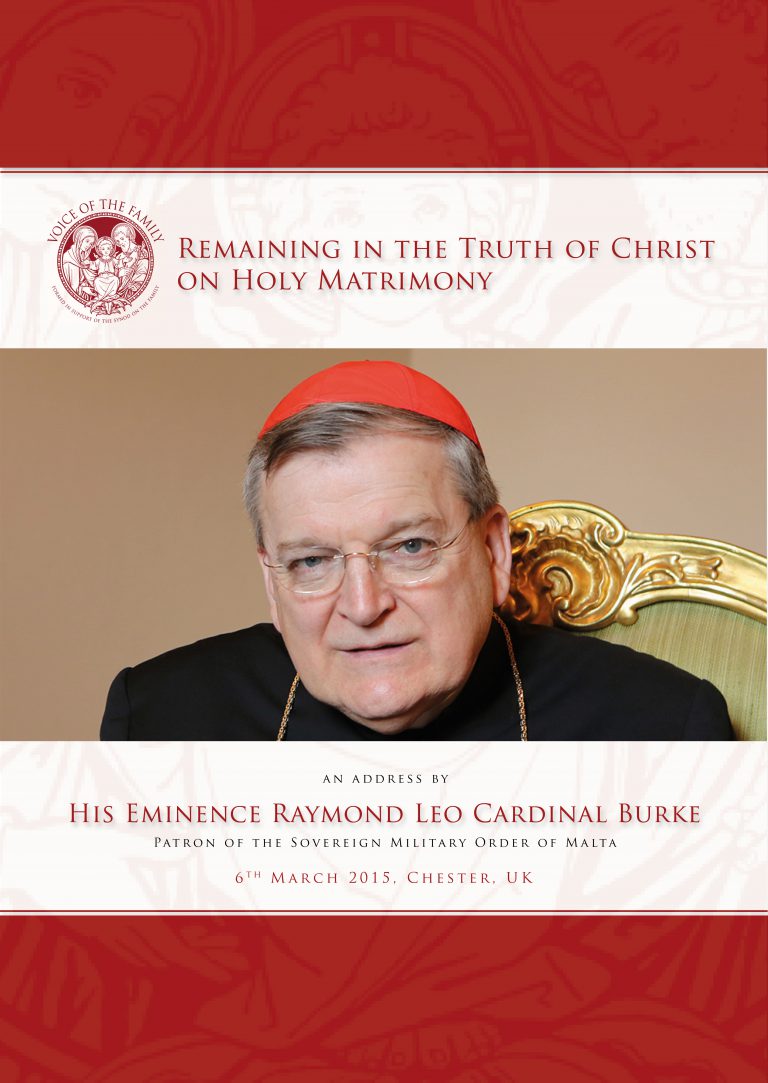 An address given by His Eminence Raymond Leo Cardinal Burke at a Voice of the Family event held in Chester, England, on Friday 6 March 2015.

Bishop Mark Davies, Catholic bishop of Shrewsbury was present, as were many priests, journalists and families who had travelled from all over the UK. Cardinal Burke said: “Today, for example, we sadly find the need to speak about ‘traditional’ marriage, as if there were another kind of marriage. There is only one kind of marriage as God has given it to us from the Creation and as Christ has redeemed it by His saving Passion and Death.”

He continued: “Even within the Church, there are those who would obscure the truth of the indissolubility of marriage in the name of mercy, who condone the violation of the conjugal union by means of contraception in the name of pastoral understanding, and who, in the name of tolerance, remain silent about the attack on the very integrity of marriage as the union of one man and one woman.”

The cardinal said that the faithful must be ready to suffer, as Christians have suffered down the ages, to defend the sanctity of Holy Matrimony.

The full text of His Eminence’s talk is available here and in print on request.